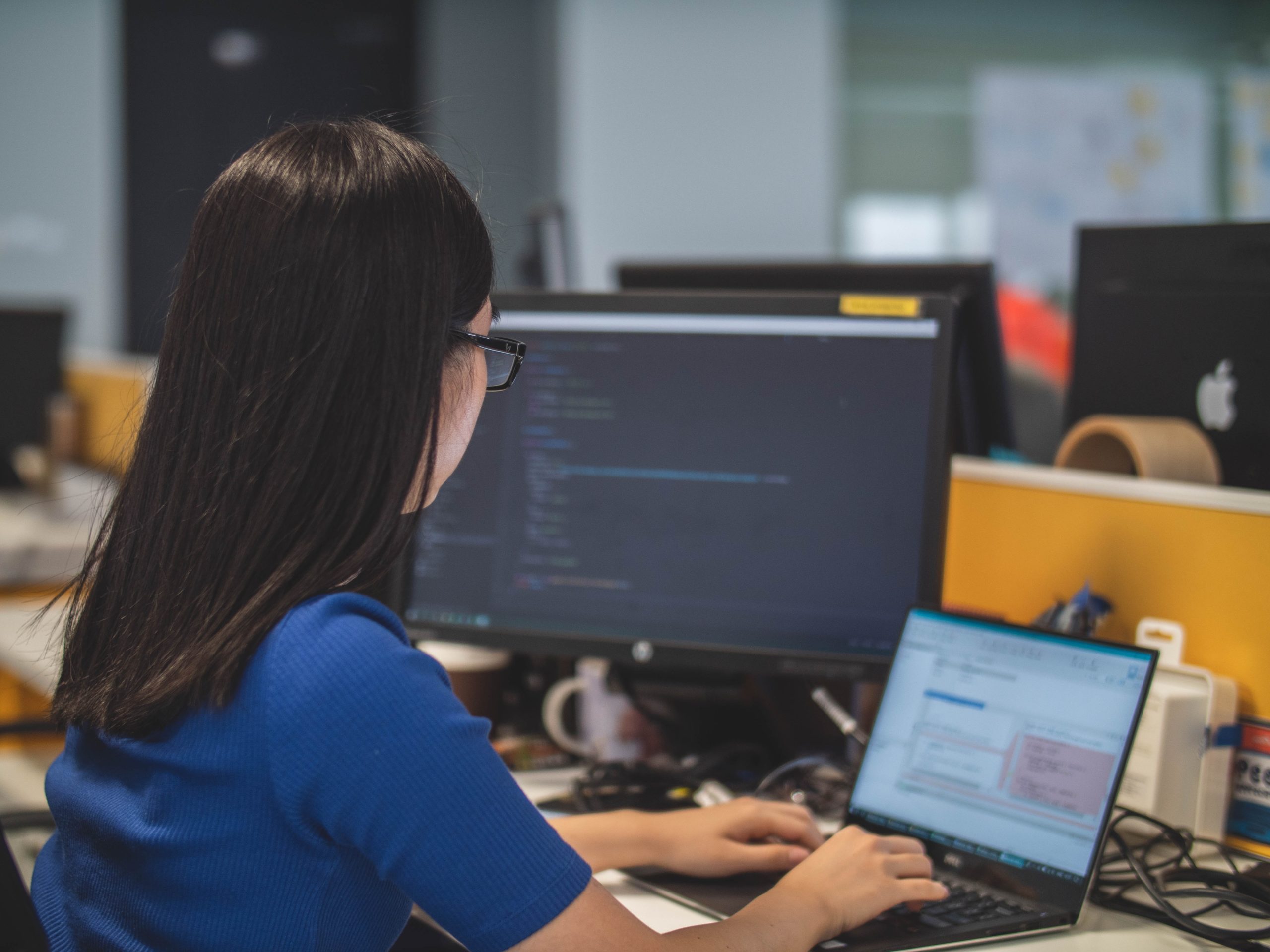 Technology is increasingly vital to society’s functioning. It’s significant not just on a personal level (because really, who can survive without their phone for a day?), but it’s also crucial to the UK’s economy.

The Tech Nation Report 2019 posits the UK as 4th in the world for scaleup investment. But while the sector is growing exponentially, its gender diversity has failed to evolve with it.

A study conducted by PwC with over 2000 students showed that only 27% of the women had considered a career in technology. Just 16% of female participants had tech careers suggested to them. And perhaps most shockingly, only 3% of the women surveyed said that a tech career would be their first choice.

The report attributed this lack of engagement to the shortage of female tech role models and the higher male to female worker ratio. What’s problematic, of course, is that women bypassing the sector due to its male domination traps the industry in a negative cycle of avoidance.

The fact that there’s a problem is obvious but how to solve this issue isn’t as overt.

The Tech South West Awards 2019 is a new regional event that aims to support and celebrate technological talent. There are 23 unique award categories designed to showcase innovation, one of which is the Commitment to Diversity accolade that aspires to honour efforts to improve the diversification of the sector. It is our hope that this category, and indeed the event more generally, will help to shift the narrative around representation in the tech industry to something more positive.

In keeping with these values, Paula Byers of Limecloud and Kate Doodson of Cosmic from the Tech South West steering group both sit on our panel of judges for the awards, along with Clodagh Murphy of ExIST, Annie Legge of DOT PROJECT and Joyann Boyce of The Social Detail. These lovely ladies are brilliant examples of successful business women, and exemplify how much a tech company benefits with women in senior positions.

Kate has been with Cosmic since 2010 and now holds the position of Joint Chief Executive, along with Julie Hawker. With this structure, Cosmic is paving the way forward for positive representation of women in tech.

Kate said: “I think the business community see what we’ve done and respects it. [It] creates a good business model.”

Although Kate did agree that the sector can be male dominated, she was eager to encourage fellow women into the industry.

Speaking about the South West more generally, Kate shared her hopes for the region to be known for its technology, and its ability to better balance hard work with a healthy lifestyle

“Our connectivity levels, the opportunities for entrepreneurship…it’s a top draw location for tech businesses to locate.”

Kate also spoke about her excitement for the Tech South West Awards.

“It’s great for people who want to work in the industry to see the sorts of businesses that are around and winning awards. This will attract and recruit new talent into the area.”

It’s our hope that this new, recruited talent will be a strong, diverse group of individuals, of all genders, ethnicities, sexualities and ages. If the Tech South West Awards can help speed this diversification process along, then we’ve done our job!

If you’re a tech company based in the South West that’s committed to diversity, equality and fairness, let us know by nominating yourself in the Tech South West Awards 2019!

The 23 categories include Commitment to Diversity, Tech Entrepreneur of the Year, and Tech Company of the Year. Find out more: www.techsouthwestawards.co.uk