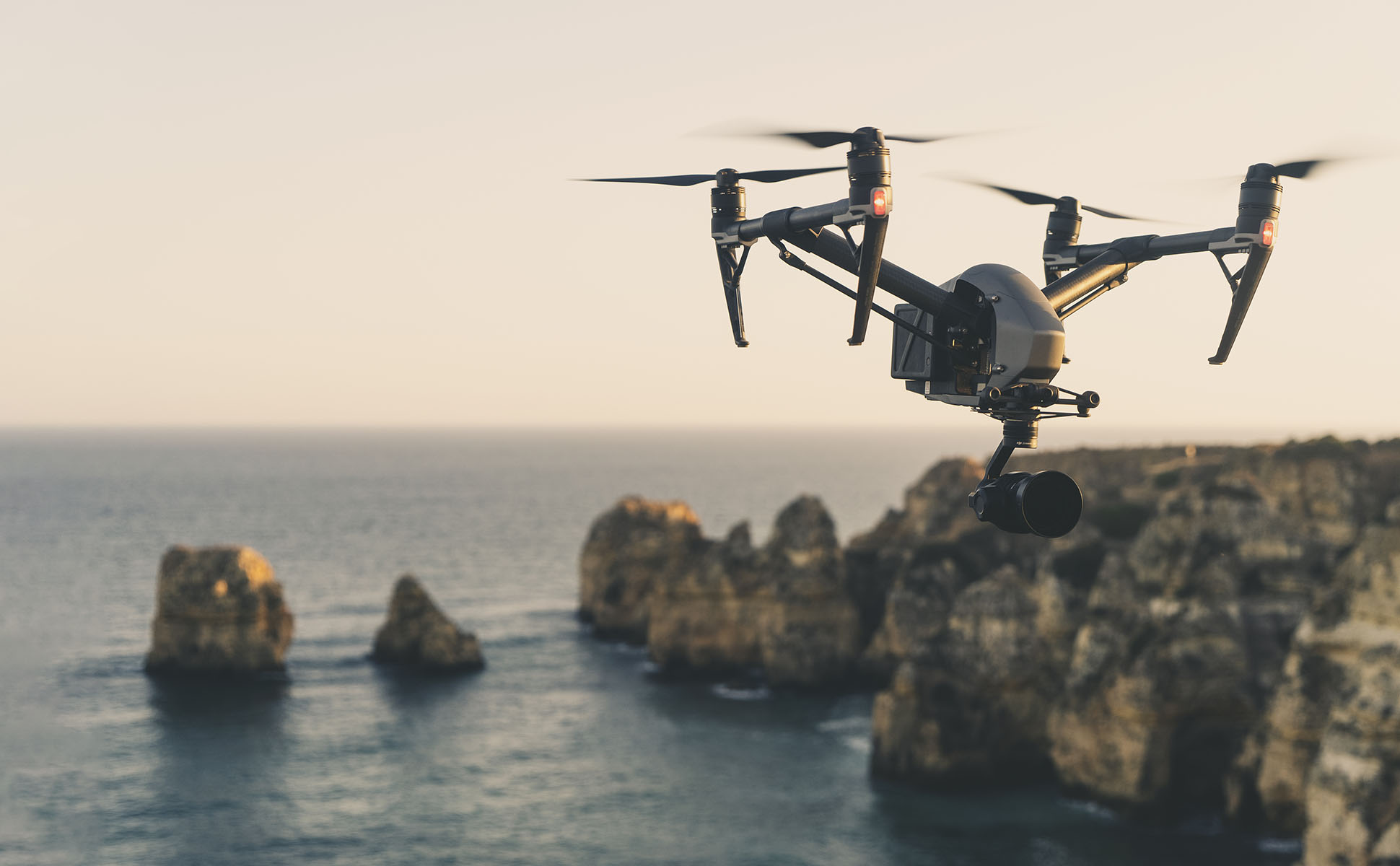 By Dan Pritchard 4 December 2020 No Comments

Dan Pritchard, Founder of Tech South West, said: “We wanted to create a beautiful film that would lift hearts and inspire people after such an incredibly tough year. At Tech South West we are often reminding people that our region is one of the best places on the planet to live and work, and this year we didn’t want to just say that but show it.”

We caught up with Tom Wadsworth, founder of Bad Wolf Horizon, to tell us how he captured it.

Tom already has a series of accolades to his name, winning “Young Business Person of the Year” from the Western Morning News, “Digital Rising Star” at the EDGE Awards and a member of the “Cornwall’s 30-under-30” in 2020.

The footage for the Tech South West Awards was pretty spectacular. How do you control the drone?

For this project, we used both traditional drone work paired with our most exciting advancement – FPV drones.

These drones are small, light and flown using a “first-person view” headset and have an insane power-to-weight ratio. Their fully manual control means that they are a great tool for totally unlimited freedom of movement.

The video feed from this camera is transmitted directly to my headset and paired with a controller in my hands, this means that it feels like I am sitting on top of the drone while piloting. This allows me to get really close to objects, fly through obstacles and get really close to the deck.

Have you ever crashed?

You have to rewire your brain in order to be able to control these drones. Before purchasing my first quadcopter, I trained for around 6 months on a PC simulator and crashed literally thousands of times. Once I began flying for real, the crashing didn’t stop there. It was another couple of months of building, crashing, fixing, testing and improving before I released the service in June 2020 – the first service of its kind in the South West.

Luckily, I haven’t crashed on a commercial shoot yet, although I do have a couple of backup drones, in case something goes wrong and it ends up in the sea!

What was the most challenging part of filming the Tech South West sequence?

I find that I spend most of my life looking at the forecast and planning my life only a few days in advance. This, combined with the distances required to cover the majority of the South West, means it really takes some thorough planning to get where I need to be, when I need to be there, with all of the pre-flight paperwork, risk assessments and permissions in place.

The longest day for this film was when we went to shoot at Bristol and Bath Science Park and Future Space in one day. As we were in a national lockdown at the time, we had to drive three hours to get there for 9am, film non-stop all day, then finish at 4.30pm with a three-hour drive back home. That was a long day!

You got some great footage of tech hubs and science parks – how did you get a combination of interior and exterior shots?

There are two different types of FPV drones and we are pioneering both of them in the South West. The first ones, as previously mentioned, are incredibly fast and highly acrobatic – in the right hands.

The second type are slower, more stable and have large propellor ducts, which allows us to fly them safely indoors and around “soft targets”. These drones, which are called “cinewhoops”, are what we used to film indoors at both Future Space and Bristol Science Park.

The tricky part when filming in an environment like this is controlling people, rather than the drone!

Our FPV drone work legally requires us to operate as a two-man crew and my drone observer has to keep eyes on the drone at all times. As I have a headset on, I am unable to see any people around the take-off area, or monitor other aircraft in the sky for example, so this really is a necessity.

Filming inside the science parks was made slightly easier as the majority of people were working at home on the day that we flew. We made sure to let all workers know what we were doing in advance and we had signage warning people that there was a drone flying in the area.

What’s the advantage of using drones over traditional ground-based methods?

When using ground-based methods of filming, you are limited to capturing images from the floor to as high as you can reach.

A lot of people think that drones are high-flying machines looking down on objects when in reality, we can fly as low to the ground as we dare but also fly up to 400ft while keeping the footage smooth, stable and dynamic.

You’re based in West Cornwall. What’s it like working from there?

I’m now based in Cornwall, but I actually grew up near Honiton in Devon. One of the main advantages of living in Cornwall is that we have a huge variety of stunning landscapes, right on our doorstep – the perfect place to start a drone business.

The downsides are that the weather has a mind of its own down here (we can’t fly in the rain or in high winds) and that, when filming across the country, it can take a long time to get anywhere! I spend a lot of time on the motorway these days and travel all across the UK for work, but it is definitely worth it for being able to live in one of the most beautiful parts of the country.

How long have you been working in this gravity-defying line of work?

I started Bad Wolf Horizon Ltd. back in 2017, when I graduated in Product Design from Loughborough University. I have been flying drones for nearly five years now and it hasn’t always been easy, but business is going incredibly well at the moment and I really, really love what I do.

However, I do find that I spend most of my profits on new gear. No, they are not toys – they are important investments and they each have their own job. My girlfriend disagrees.

What’s the most exciting/challenging shoot you’ve ever been involved with?

Around a month ago I completed one of the most challenging and rewarding shoots of my career.

Teaming up with a production company from London, I helped film a TV advert for NatWest and ITV around Cornwall across three very full-on days. For this project, we used our latest in FPV drone technology – diving down cliff faces, through tiny archways and around some beautiful locations all across the county.

The pressure really steps up a gear when you have a director watching the live video feed while standing right next to you, telling you to “keep going” and to “do it again” for the 20th time. The pressure to push myself harder, get lower to the sea, closer to that cliff face and to keep going for a full 12 hour day was intense, but it led to undoubtedly some of the best drone footage I have ever captured – and it was broadcast to the whole of the UK, on prime time TV for just over a month!

What does the future hold for tech in the South West – and how can we make the most of new opportunities?

I am really excited for the future of the tech industry in the South West, especially in places like Cornwall.

It is no longer just the place to buy pasties or to go on your summer holidays, but is quickly becoming a strong community-driven tech hub in the UK.

We live in an age where superfast broadband, virtual meetings and easy access to information means that together we can create anything from anywhere and it will only get stronger over time, supported by great opportunities, such as the Tech South West Awards.

Watch the full Tech from the Edge film here.